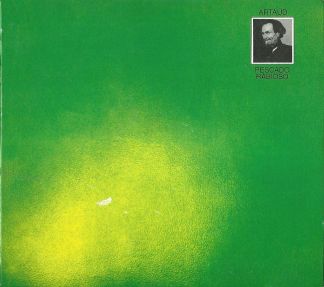 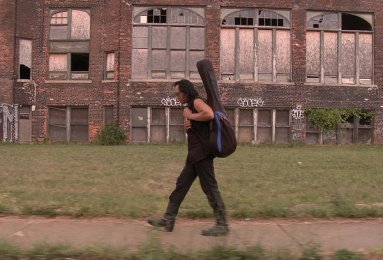 After nearly 18 years of live performing, as both backing musicians and as headliners, the Band had reached a crossroads in 1976. The group’s seemingly effortless virtuosity and Robbie Robertson’s literary gift for conveying a deep sense of Americana (despite being Canadian) in his songwriting, resulted in a wonderfully organic sound that made the Band one of the most admired and respected musical institutions on the planet. Having created some of the most gloriously rich and influential music of the late 1960s and early 1970s, the group’s Thanksgiving 1976 performance at San Francisco’s Winterland, immortalized in the Martin Scorcese film The Last Waltz, would become both a celebration and a fond farewell from one of the most revered groups ever.

Following The Last Waltz, the various band members would pursue separate career paths, never failing to create intriguing music, but never experiencing the commercial success of their work together. Although members would contribute their talents to each other’s album projects and even turn up as guests at various live performances, the Band as a performing entity would cease to exist for nearly seven years. In 1983 that finally changed when all but songwriter/lead guitarist Robbie Robertson reunited and began touring again as the Band. Robertson’s shoes were big ones to fill and in the process of recruiting a new lead guitarist, they ended up bringing an entire other group into the fold. That group, the Cate Brothers, was an ideal choice, with the talented guitarist Earl Cate having the most daunting job of replacing Robertson’s distinctively clean biting leads. Cate turned out to fit the bill perfectly, adding his own flair to the proceedings while displaying a healthy reverence for Robertson’s style. His brother Ernie supplemented the group on additional keyboards and the rhythm section of Ron Eoff and Terry Cagle provided multi-instrumentalists Rick Danko and Levon Helm the ability to play additional instruments onstage without diluting the core sound of the group. This new expanded lineup toured the globe over the course of 1983 to overwhelmingly positive response and proved that despite Robertson being the primary songwriter, it was Levon Helm, Rick Danko, Richard Manuel, and to a large extent, Garth Hudson who were the chief architects of the group’s distinctively organic sound.

One of the most anticipated gigs of 1983 came at the very end of the year, when the Band returned to the city of The Last Waltz when invited to open for the Grateful Dead at their annual New Year’s Eve extravaganza. Before a sold-out crowd at San Francisco’s Civic Auditorium, the Band proved they were still one of the best sounding groups on the planet, delivering a performance that not only delighted the San Francisco audience, but the Band members themselves. Performing classic original material as well as a smattering of choice covers, this performance was captured by the Bill Graham Presents crew and is presented here in its entirety.

Following Graham’s introduction and a minute or so of tuning up, the Band kicks off their set with the rollicking “Rag Mama Rag.” Right off the bat, this performance is cooking, with Helm fronting the group on lead vocals and mandolin. Meanwhile, pianist Richard Manuel takes Helm’s seat at the drums; bassist Rick Danko keeps rhythm on a telecaster, and Garth Hudson contributes wonderfully frantic piano work. This switch on some the band members’ traditional instrumentation works exceedingly well, with the Cate Brothers providing a solid groove throughout. The performance of “Long Black Veil,” featuring Danko and Helm sharing vocals and Hudson’s mournful accordion work, is equally compelling. However, it is on the next song, “The Shape I’m In,” when the original sound of the Band becomes more realized. Assuming their traditional roles, with Danko pumping out propelling bass lines and Manuel pounding the piano and taking lead vocal, this is an enticing performance that rivals the group’s glory days.

A remarkable version of “It Makes No Difference” follows. Always a showcase for Danko’s impassioned vocal, here it is quite extraordinary, with Hudson switching over to sax and guitarist Earl Cate providing tight vocal harmony and penetrating lead guitar work. Perhaps because Ron Eoff is providing the superb bass lines, it frees Danko up to really concentrate on his vocal delivery, which is quite engaging on this standout performance.

With Manuel again taking over Helm’s drum seat, Helm again fronts the group on lead vocals and harmonica for a great percolating version of Kokomo Arnold’s “Milk Cow Blues.” Following this, the same instrumentation, with the exception of Danko switching from acoustic guitar to a telecaster, fuels a sizzling performance of “Mystery Train.” This features strong solo spots from Cate on lead guitar, followed by Helm on harmonica, and finally Hudson on his arsenal of keyboards.

Then it’s a return to familiar instrument roles as they explore several vintage Band numbers, with Manuel leading the way through “King Harvest,” Danko steering the group through “Stage Fright (featuring double bass players) and finally “W.S. Walcott Medicine Show, which serves as a showcase for Hudson’s outstanding keyboard and sax work.

An extraordinary performance by Richard Manuel occurs next in the form of “You Don’t Know Me,” a country classic written by Cindy Walker and Eddy Arnold, but best remembered for Ray Charles interpretation. Everyone in the group seems to sense how special this is, and they display tasteful restraint, allowing Richard’s voice to totally carry the performance. On this anthem of unrequited love, his emotional vocal, despite showing the ravages of time, is utterly compelling.

After this, Manuel again takes over Helm’s drum seat, while Helm sings lead and blows harp on an excellent cover of Louis Jordan’s “Caldonia.” During this extended workout, Helm engages the San Francisco audience to get involved in a call and response, and Hudson delivers a deliciously gritty R&B style solo on sax. Although considerably shorter than his extended workouts in the ’70s, Hudson next delivers a barrage of sound from his keyboard arsenal. Known as “The Genetic Method,” this segues directly into a wild ride through “Chest Fever,” featuring great piano work from Manuel and another standout solo from Hudson. Here, with all three front men sharing vocals and Earl Cate duplicating Robertson’s guitar work to a tee, one could easily mistake this for a performance from 10 years prior, as it contains all the exuberance of the Band in their prime.

They head toward the finish line by dipping into Danko’s solo catalogue. This performance of “Java Blues” is quite interesting, with Helm, Manuel, and Hudson all strongly contributing and Earl Cate again adding a Robertsonesque sensibility to his solos. In the hands of these musicians, especially Hudson who is particularly inspired here, this also takes on that classic organic sound that defined the Band’s style. To wrap things up, Helm thanks Bill Graham and the San Francisco audience. Taking his drum seat again, he and Danko launch the ensemble into Johnny Otis’ “Willie And The Hand Jive,” which becomes the Band’s final workout of the evening and gets much of the San Francisco audience up on its feet and dancing to its infectious Bo Diddley beat.

The Band always had the innate ability to seem loose and relaxed, while playing in an incredibly tight manner. That cohesiveness is still very much intact here, with each member contributing to the collective whole with little grandstanding or superfluous soloing. All in all, this is an impressive performance that remains one of the most satisfying Grateful Dead openers ever.

Although about 29 musical texts were discovered at Ugarit, only this text, (text H6), was in a sufficient state of preservation to allow for modern academic musical reconstruction.

In short, the Cuneiform text clearly indicated specific names for lyre strings, and their respective musical intervals — a sort of “Guitar tablature”, for lyre!

Although discovered in modern day Syria, the Hurrians were not Syrian — they came from modern day Anatolia. The Hurrian Hymn actually dates to the very end of the Hurrian civilisation (c.1400BCE) . The Hurrian civilization dates back to at least 3000 BCE. It is an incredible thought, that just maybe, the musical texts found at Ugarit, preserved precious sacred Hurrian music which may have already been thousands of years old, prior to their inscription for posterity, on the clay tablets found at Ugarit!

My arrangement here, is based on the that the original transcription of the melody, as interpreted by Prof. Richard Dumbrill. Here is a link to his book, “The Archeomusicology of the Near East”: http://bit.ly/d3aovp

It is played here, on a replica of the ancient Kinnor Lyre from neighbouring Israel; an instrument almost tonally identical to the wooden asymmetric-shaped lyres played throughout the Middle East at this amazingly distant time…when the Pharaoh’s still ruled ancient Egypt.

A photograph of the actual clay tablet on which the Hurrian Hymn was inscribed, can be seen here:

The melody is one of several academic interpretations, derived from the ambiguous Cuneiform text of the Hurrian language in which it was written. Although many of the meanings of the Hurrian language are now lost in the mists of time, it can be established that the fragmentary Hurrian Hymn which has been found on these precious clay tablets are dedicated to Nikkal; the wife of the moon god.

There are several such interpretations of this melody, but to me, the fabulous interpretation just somehow sounds the most “authentic”. Below is a link to the sheet music, as arranged by Clint Goss:

In my arrangement of the Hurrian Hymn, I have attempted to illustrate an interesting diversity of ancient lyre playing techniques, ranging from the use of “block and strum” improvisation at the end, glissando’s, trills & tremolos, and alternating between harp-like tones in the left hand produced by finger-plucked strings, and guitar-like tones in the right hand, produced by use of the plectrum.

I have arranged the melody in the style of a “Theme and Variations” – I first quote the unadorned melody in the first section, followed by the different lyre techniques described above in the repeat, & also featuring improvisatory passages at the end of the performance. My arrangement of the melody is much slower than this actual specific academic interpretation of the melody- I wanted the improvisations in the variations on the theme to stand out, and to better illustrate the use of lyre techniques by a more rubato approach to the melody.

For full details about my albums of lyre music, and the fascinating ancient historical background, please visit my official website:

“I Shall Be Released” – Baez
“Mobile Line” – Sebastian with Stills
offstage
“Song for David” – Baez
shown rehearsing offstage, with stage performance of same song cut in
“All of God’s Children Got Soul” – Morrison and the Combs Sisters
“Sea of Madness” – CSNY
“4 + 20” – Stills solo performance
Stills introduces this number discussing his interaction with a heckler in the previous scene
“Get Together” – Mitchell with Crosby, Stills & Nash and Sebastian
“Put a Little Love in Your Heart” – Morrison and the Combs Sisters
incomplete
non-musical footage of nude sauna, audience happenings
“Swing Down Sweet Chariot” – various
offstage, incomplete
“Rainbows All Over Yours Blues” – Sebastian
“Woodstock” – Mitchell
non-musical footage of self-identified “freak” with Woodstock-themed bus
“Red-Eye Express” – Sebastian with Stills
“Changes” – Fariña and Payne with Stills
incomplete
“Malagueña Salerosa” – Cisneros
“Rise, Shine, and Give God the Glory” – The Struggle Mountain Resistance Band
incomplete
“Down By the River” – CSNY
incomplete, over 7 minutes
folk musician improvising outside the festival
“Sweet Sir Galahad” – Baez
“Oh Happy Day” – Morrison and the Combs Sisters with Baez
opens with Baez rehearsing same number with Morrison